The Russian alphabet is usually the first stumbling block for Westerners, who learn the language. It often becomes confusing and prevents the learners’ realisation of the similarity between English and Russian. In order to overcome this confusion, one has to consider the difference between the natures of a sound and a letter.

Sound is a physical phenomenon. It can be produced by people, animals and even by inanimate objects. Sounds existed long before the idea of writing; furthermore, not all sounds on Earth have been written down. Sounds are spontaneous and variable, while a letter is simply a way of recording a sound. It is a symbol that is identified with a particular sound only in the minds of those who know the language being spoken. A symbol, on the other hand, is a very powerful signifier. Once a letter becomes associated with a sound it replaces the sound in the speaker’s mind, a difference that many do not consider in everyday life.

What happens, when the same sound exists in two languages with different writing systems (alphabets)? In this instance, two different symbols can be used for the same sound, making it confusing for non-native language speakers, for whom the work of decoding symbols can seem too difficult.

The differences in terms of symbolism cannot dismiss the fact that the majority of sounds in Russian and English are practically identical. There is only a handful of differences on each side, such as the Russian /Р/, /Ы/, /Ц/ and guttural /Х/ and /Щ/ that does not exist in English, and /UR/ (with graphical variations as IR and OR), /R/ and /W/ that are not found in Russian.

Being able to read and write in a language is the ability to decode the system of symbols that is traditionally used to record the sound of said language. Each letter has a name (a grapheme), but often the grapheme matches the sound (a phoneme) only conditionally; for example, in English, one grapheme can represent a few different phonemes depending on its position in a word. The most transparent example of such a vagrant grapheme is the English letter C. Compare the pronunciation that matches this letter in the following words:

Now read these words in Russian:

The letter C in the above examples represents five different phonemes and there is a separate letter for each of those phonemes in Russian. This is because Russian is a phonetic language, where letters (graphemes) correspond to sounds (phonemes). English is a non-phonetic language; its word pronunciation does not always correspond to the spelling of words.

This might be a possible reason for the large number of dyslexic people in the UK, while I have not met any dyslexic individuals prior to my arrival in England. Some of them might not be so badly dyslexic: simply they find it difficult to generalise patterns in various graphical combinations that do not look anything like the sounds they symbolise. Fortunately, progressive English teachers recently developed the method of phonics, which helps children navigate reading much more successfully. A similar method has been used for teaching Russian as a native language for over thirty years; perhaps at this stage, Russian native speakers are more ‘phonetically aware’ than English speakers, which allows them to learn foreign languages quicker.

The culture of text messaging has taught the vast majority of Russians to use English letters in their phonetic equivalents for typing Russian words at times when the Russian keyboard is not an available option. Interestingly, the text speak that is so popular these days amongst English speakers (and that I personally find extremely confusing), demonstrates some form of rebellion against the non-phonetic nature of the English literary language by utilising the phonetic names of English letters and numbers, for example, you = u, 2 = too or to, nite = night, etc.

Of course, it is important to mention that neither of the two languages is purely phonetic nor completely non-phonetic.

Historically, the Russian language has loaned a great amount of words from Western European languages. The process of phonetic transformation becomes the most transparent, once we put the English and Russian equivalent words together. Due to the phonetic nature of the Russian language, there are two types of loanwords in Russian.

The good news is thus that Russian is easy to read: in most cases, one simply needs to read what one sees.

Alternation of consonants in borrowed words

In the process of carrying words from one language to another, vowels are the first to be affected: vowels are reduced, modified, replaced or even skipped during the course of language evolution. Take for example the diversity of British accents, all of which are based on variations of vowel pronunciation.

In contrast, consonants are the skeleton of a language. Many ancient writing systems contained only consonants; vowels were implied by default and their pronunciation was based on the language knowledge of the reader. Among other reasons, skipping vowels in writing served an economical purpose, as parchment and sheepskin were expensive materials and their production process was painstaking. As a consequence of being written down in stone (sometimes, literary), consonants did not undergo as intensive modification as vowels and have become the true protectors of words that have been passed on not only to future generations, but also from one language to another.

Based on the part of the human mouth where sound is developed, only three main groups of consonants can be identified: frontal (lips and teeth), palatal (palate and tongue) and guttural (throat and the back of the tongue).

Consonants of the same phonetic category alternate (interchange) in roots and affixes to related words quite flexibly, even in measures of the same language (e.g., ambivalent – ambivalence). The same process occurs when a word borrowed from another language is in need of adjustment to a different phonetic system; therefore alternation is a natural part of linguistic exchange. Knowing the patterns that are typical for inter-linguistic words’ movement is a useful tool for memorising a foreign (in our case Russian) vocabulary.

The following is a diagram of sound alternation patterns set out by A. Dragunkin (the use of mixed graphic symbols is intentional and points to the language in which the sound is used):

As it emerges from the examples in Table 1 there are a number of curious phonetic metamorphoses that demonstrate transformation of the English sounds into the Russian hissing consonants and vice versa.

Interestingly, there are only two letters for hissing consonants in the English alphabet against seven in the Russian alphabet. Although most of the hissing consonants that exist in Russian are also used in English, they are not represented with separate English letters (e.g., SH – Ш and CH - Ч), likely because their role in the English phonetic system is not as distinctive as in the Russian system. There are 26 letters in the English alphabet and 33 in the Russian alphabet, a difference of seven letters. The two functional letters Ь and Ъ do not represent sounds, which leaves us with exactly five hissing extra consonants: /Ж/ - /ZH/, /Ц/ - /TS/, /Ч/ - /CH/, /Ш/ - /SH/ and /Щ/ - near /SCH/, which are not as common in English. It is worth memorising these extra Russian graphemes and phonemes separately.

The sound /Й/ is a full member of the English phonetic system; however, it is only partly lettered in English writing. The sound represented by the letter Y at the beginning of English words is pronounced exactly like the Russian /Й/ (e.g., yoga, yucca). However, this sound is completely ignored by English grammar in common words such as comp(й)uter, distrib(й)utor and conf(й)usion. For obvious reasons, for many English speakers, the sound /Й/ acts as a blind spot, but it cannot be ignored in Russian. Furthermore, a number of rules exist in terms of graphically recording (spelling) it.

Firstly, the letter and sound Й occurs in a variety of endings and performs the function of creating the masculine gender, e.g., aluminium – алюминий and jubilee – юбилей. Additionally, all Russian singular masculine adjectives end with Й. There are very few exceptions (all of them not originally Russian) where a word begins with this letter (e.g., йога), but there are big number of Russian words that begin with the sound /Й/, which ‘hides’.

The words 'computer' and 'distributor' are spelled in Russian as компьютер (ком/пьйу/тер) and дистрибьютор (дистри/бьйу/тор), respectively. Compare this to yacht – яхта (/йа/хта), yarmulke – ермолка (/йэ/рмолка), Julia – Юлия (/йу/лия), Jamaika – Ямайка (/йа/майка). The vowel graphemes Е, Ё, Ю and Я are diphthongs. Each of these four letters represents two sounds: always, in the beginning of words and in the middle of words, only when they follow the letters Ь and Ъ: E = /ЙЭ/, Е = /ЙО/, Ю = /ЙУ/ and Я = /ЙА/. Therefore, although in some loanwords the English J appears to be replaced with one of these vowels, it is really Й, a consonant, that is being pronounced first (object – объект – объ/йэ/кт).

The aim of this disquisition was to phonetically decode some aspects of the Russian alphabet for an English reader. It appears that most Russian and English sounds are the same and all one needs to do is to 'put a name to the face', i.e., learn the Cyrillic symbols that match the sounds already being used in English. Apart from the few differences described above and that a beginner learner needs to be aware of, reading Russian is not that difficult, because the language is phonetic. As Gaston Dorren stated in arguably the best motivational phrase for learning the Russian alphabet: "You’ll be able to navigate much more easily the largest country on earth by learning just 33 letters … a big reward for just a little effort, I’d say" (G. Dorren, 2015. “Lingo: A Language Spotter's Guide to Europe”).

Marina was graduate as a teacher of Russian Language and Literature and Experimental Psychologist at Cherkassy National University, Ukraine. She taught Russian as a native language in 1990s and Russian as a foreign language from 2010 in London. Currently, Marina is combining her teaching practice and work with children with special needs and with English as an additional language at one of the high schools in West London.

This a diverse experience inspired her research of common features in the English and Russian languages. Marina is the author of the ‘English – Russian Comparative Dictionary’ (over 5500 words common between English and Russian) and the book ‘Decoded Russian’, where she expressed the background ideas for the comparative method of teaching the Russian language to English speakers as well as teaching a foreign language in general.

To promote the Russian culture to the English speaking world, Marina is running a website http://www.decodedrussian.co.uk/ , where various resources that support the comparative method of teaching and learning Russian can be found, as well as multiple links and references to Russian film and contemporary music. 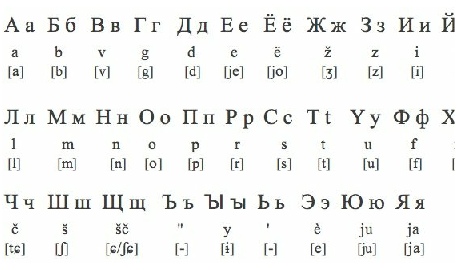